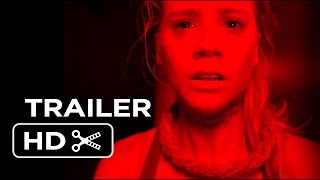 Info: Parental Guide for all the movies will be republished soon. Thank you for understanding!

Twenty years after an accident during a small town high school play results in death, students at the school resurrect the failed stage production in a misguided attempt to honor the anniversary of the tragedy - but ultimately find out that some things are better left alone.

Twenty years after an accident during a small town high school play results in death, students at the school resurrect the failed stage production in a misguided attempt to honor the anniversary of the tragedy - but ultimately find out that some things are better left alone.

I was concerned about going to an R rated horror film, but was pleasantly surprised that there was no nudity, F words or blood and gore. It was nice to be on the edge of my seat and to be completely scared throughout the movie. I was surprised by some of the negative reviews because this movie was great entertainment and definitely worth seeing on the big screen. Some of the reviewers say that the movie has a slow start. Perhaps some of these people have a short attention span, because the group of friends that I watched the movie with, felt that it was just telling the story in the beginning and then the suspense begins about 30 minutes in. We were on the edge of our seats and the ending was awesome!!

Nice to finally see a really scary movie!!! It was great to hear so many people screaming in the theater!! My friends and I were on the edge of our seats for most of the movie. Previous reviewers have mentioned that the movie got a slow start. We didn't think that it had a slow start at all. The beginning of the movie is a very important part of the story, and then BAM....it gets scary and suspenseful for the rest of the movie. I highly recommend seeing this on the big screen because scary movies are always better in the theater. The actors were great in the movie and Charlie was freaking scary!!! The ending had a very scary twist too!! Loved the ending. I'm giving it 10 stars.My friends thought it was one of the best scary movies they've seen in theaters. I have to agree.

A Clever and Creepy Found Footage Horror Flick That's Sure to Give You Chills!!!

*** This review may contain spoilers ***

Can't believe this movie is better than I expected.

Most of the time I'm against, or rather tired of found footage type horror films. Earlier this year, Unfriended came out. I saw it and I truly enjoyed it. When I first saw the teaser trailer for this, I didn't really know what to expect. When the real trailer was released, it looked a lot better. I saw this film yesterday, and I also truly enjoyed it, almost as much as Unfriended. It was short, scary, creepy and to the point. I can't believe it's getting such bad ratings. As long as I feel scared by the atmosphere, the lighting and shadow of the ghost, the jump scares, the tension, and if the ending is good, then I'm happy with it. Just the thought of going to an abandoned dark school at night, being locked in by a supernatural presence, and being stalked and killed is a very scary concept to me. In 1993, the drama class of Beatrice High School is performing a play called 'The Gallows' Near the end of the play, a boy named Charlie is set to be hung at the gallows. A freak accident happens when the door beneath Charlie's feet opens and he falls through with a noose around his neck, killing him and traumatizing the whole school. In 2013, a new group of students are finally going to remake the play the way it was meant to be seen as a tribute to Charlie. The man behind the camera is Ryan, going around the school and filming his friends as they rehearse and prepare for the play the next day. Ryan's friend, Reese is set to play the part Charlie had. Reese has a crush on the girl wanting to redo the play named Pfeifer. Ryan soon comes up with an idea to break into the school at night, and destroy the sets so the play can't go on. They soon realize every school has its spirit when Charlie himself comes back from the dead and begins stalking and killing them all in the dark and deserted school. In conclusion, I really thought this was a decent little horror flick that deserves some more attention. It's miles better than Paranormal Activity. I highly recommend THE GALLOWS!!!